Get a 100% FREE Trial to OddsMonkey 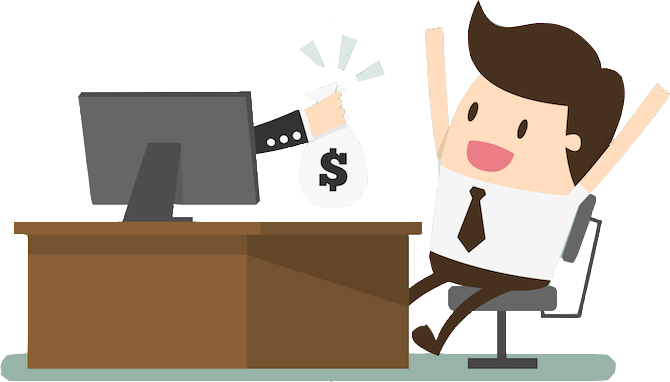 MatchedBettingSites.com provides the tools, guides and support you need to make money matched betting. This site was set up to provide our readers with detailed reviews and comparisons of the top matched betting sites around.

from the betting blog

What is Matched Betting?

Matched betting is a method of making a profit from free bets and bonuses given by betting sites. Nearly all online bookmakers give customers free bets and incentives for signing up to their sites. A regular punter would use these free bets as normal and risk them on events they think will win. However, with matched betting, you cover all outcomes of an event meaning that one of your bets will win. By doing so, it's possible to make a profit from every free bet that you receive.

Matched betting isn't anything new and has been around for many years. With the addition of matched betting sites such as MatchedBets.com, OddsMonkey, Profit Accumulator and many more, matched betting has become a reliable method of making a regular monthly income for thousands of people.

Betting online has been growing for many years and as a result there are many reputable online betting sites around. More betting sites mean more free bets, which results in more profit for matched bettors. There are various methods of making a profit depending on the offer from the bookmaker but you can generally expect to make around a 80% profit from a free bet. For example, if you received a £30 free bet, you could expect to profit around £24 by matched betting with it.

Matched betting sites such as the ones mentioned above make matched betting a breeze for anyone with the use of matched betting tools such as odds matchers and calculators along with detailed step-by-step guides on how to make a profit from each bookmaker offer.

Don't worry if you have never placed a bet before. All you have to do is follow the simple instructions displayed on whichever matched betting site you sign up to and you can watch your profit grow.

Be sure to read through our matched betting site reviews before signing up to a site and to view the latest deals and special offers. 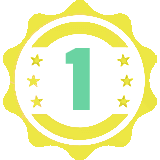 Everything you need to know about Matched Betting

Welcome to MatchedBettingSites.com! We are the number 1 source for matched betting information and reviews. We aim to help beginner and experienced matched bettors earn more profit from matched betting with our helpful tips and guides. You'll find in-depth reviews of the most popular matched betting sites online to help you choose a service that is right for you.

Matched betting is becoming more and more popular as people become aware of it as an effective way to make tax-free money.

Thousands of people in the UK are matched betting on a daily basis and there is no reason why you can't too. You can spend as little or as much time as you like matched betting, allowing you to fit it in around your daily routines.

CLAIM A CASH REFUND ON YOUR FIRST BET WITH EACH OF THESE BETTING EXCHANGES!

18+, New customers only, bet up to £20 on the Exchange and if your first bet loses, Betfair will refund you £20 in Cash. Bet must be placed in the first 7 days of opening an opening. Further T&Cs apply.

18+, New customers only, place your first bet and if it loses get your stake refunded as cash up to £10. Refund credited within 72 hours. Bet must be placed within 7 days. Further T&Cs apply.

Far from being just entertainment or a reason to make some extra money, the latest video gaming tournaments give millions or maybe even 10’s of millions of dollars in prizes. In exceptional circumstances, a single contest can make more than a slightly wealthy professional gamer. In 2019, the Fortnite champion was given tens of millions of dollars by ‘Epic Games’. While the luckiest professional gamers are not as rich or famous as the absolute best athletes, a professional gamer can nevertheless become rich and famous. To tens of thousands of individuals attending the largest eSports events, playing games has become a competitive sport. Although some recurring eSports tournaments have disappeared over most of the years, some of the most important eSports annual events would be back in 2020. Today there are more eSports competitions than ever, which is shown by online casinos that include free spins no deposit uk.

BlizzCon is undoubtedly the world’s most famous gaming convention. BlizzCon provides the opportunity to enjoy the blizzard games championships live as well as previews of new games & live concerts. Since 2005, Blizzard has been hosting BlizzCon almost annually, usually later in the year. BlizzCon event attendance has steadily increased through 8,000 in 2005 around 40,000 in 2018. BlizzCon’s sporting events have included the World Logo Overwatch Warcraft 2020 World Cup, and the World Warcraft Arena Tournament & Starcraft II Championships.

The competing teams reflect their countries, unlike most of the other eSports tournaments. The International eSports Federation, established in 2008, aims to enable countries to fight in eSports in the same way as they do in the Olympics. Throughout the late 2000s, the league was created by eSports tournaments in South Korea, Vietnam, Germany, Taiwan, and several other European countries. Every year since 2008, world championships have taken place, usually in Taiwan or South Korea. The matches played in the world championships differ from year to year, for all featuring first-person shooters, fighting games & MOBAs. And becoming increasingly more popular nowadays, comparing sports odds vs casino odds reveals that esports betting is getting more and more popular each day.

While players have been playing for years the COD games for large prizes, an official COD tournament has not yet been held. Activision plans to update that, and the first official COD championship will take place in 2020. At least $6,000,000 in prizes will be awarded to the biggest players in the best-known shooter series of the first person.

The award will be completed by twelve professional teams. The contest is not going to be a single event. Rather, it’s going to travel from place to place, with each team playing again and again. The large prize money & the willingness of Activision to host many various events in many various cities show that eSports are taken seriously by Activision.

There are millions of players participating in the FIFA World Cup, almost. The competition’s lowest levels take place online & anyone can compete in them. Following the gradual elimination of millions of players, a remaining several compete in a live qualifying tournament. The FIFA eWorld Cup seems to be the world’s biggest gaming tournament, as per the Guinness Book of World Records, because so many people are taking part in its first phases. With modern technology, even though they perform on two different handsets, players can compete with one another. The 2020 finals ‘ dates & locations are not yet known.

PlayerUnknown’s Battlegrounds, the 2nd best-known royal war game after Fortnite, often offers a $1,000,000 1st-place annual event. Nine different regions are producing local champions, who start competing in the final live tournament with each other. PUBG Championships are held in several cities. Not limited to a final match is the live competition. Last year’s grand final has still not been confirmed in Oakland, where it might take place in 2020. To say that PUBG established the battle royale subculture is not generally an exaggeration.

This is the most popular of all professional gaming activities, apart from the Fortnite World Championship. In 2019, the finalists were awarded more than $25 million in awards. The valve corporation is organizing an annual Dota 2 event in Shanghai of the last contest taking place. The finals will take place in the Arena of Mercedes-Benz.

Those streamers can sign in to see the action with their match client. Logging in with all the game clients may allow them to move the camera around it & watch in real-time some part of the game they choose. Players watching the event can guess how the game would go, with accurate expectations in-game rewards. In 2020, the prize money may surpass that of the 2019 World Championship of Fortnite, with expected prizes valued 34 million dollars.

Sometimes this Swedish eSports competition is considered to be the world’s most important online festival. DreamHack is the world’s biggest LAN party, and also a professional gaming activity, with a Guinness record to show it. This is also a celebration of digital art, along with competitive gaming. Those who participate in the festival judge & share photographs, music, homemade games drawings and animations

An amateur programmer can be an outstanding place to show off the simple yet entertaining game they produced themselves. It is a chance to play LAN video games with the fastest Internet speeds of almost the world. DreamHack also provides an exhibition where attendees are allowed to test games at the moment under development by many companies.